ISLAMICAT. Svegot loves Islamicat and asked humbly if he would grant us an interview. After making sure Islamicat’s whereabouts would not be revealed, he agreed to answer some questions. Here he is – the former pet of Abu Bakr Al-Baghdadi, now nomadic jihadicat, dedicated to establishing the Pusslim Catliphate. Hates dogs, pigs, mice, infurdels; loves Klaw’ran.

You were the pet of al-Bagdhadi. What happened to him?

– Islamicat remember the night in Mouse-ul when the crusader imperialist Shaitanic Americans launch drone strike to try and kill the Caliph. It was maybe Islamicat fault, I was uploading selfie I take on the Caliph’s phone to Facebook and literally like fifteen minutes later we is getting hit by Reaper drone. Islamicat run like furck and only survive because I slip on blood of White Widow Sally Jones on way out but I not lose any sleep over her martyring because she always chase Islamicat off bed and I piss on her hijab as revenge. Everyone thought Caliph al-Baghdadi was dead which is why Islamicat make decision to become leader of all jihadicats but actually he not dead because he turn up on Twitter tweeting as @Khaleefah4Ummah. He is try get to UK now but has small problem like $25 million bounty on his head so not sure whether he might be able to come share flat with Islamicat again. This make Islamicat sad though because the Caliph was nice man even though he sleep in suicide vest which kind of make it tricky for Islamicat when stretching paws during night.

How did you get to England? Were you smuggled into the country?

– Smuggled? Hell no, Islamicat just stow away in truck like most other Pusslims and then run like hell when truck stop at services on the M20. Was harder getting to Europe but there is always lots of nice people traffickers around since Ghadaffi fall in Libya and when you is proper jee-had terrorist you get 75% off price of crossing, the people traffickers is big up the Pusslims. Of course they is pretty poor service, they literally just cast off 200 yards into the Mediterranean and then sit there waiting for bleeding heart morons on patrol like the Red Cross come and pick you up and give you free ride to Italy. They is basically just taxi service for jihadicats, people traffickers make fortune just for ferrying people 200 yards off coast of Libya. Nice work if you cans get it.

Muslims hate dogs, just like Pusslims do – why is that? Do Muslims love Pusslims?

– Dogs is low creature, low as donkey or woman, it says so specially in the Klaw’ran. But Miaowhammad was big up kitties, he had cat called Muezza who Islamicat is direct descendant of and also he said this about cats – ”A woman was tortured and was put in Hell because of a cat which she had kept locked, till it died of hunger.” The prophet (pilchards be upon him) further said, ”Allah said ’You neither fed it nor watered when you locked it up, nor did you set it free to eat the creatures of the earth.'” So you see cats is way special in Pusslim faith and dogs is proper scum and they is mates with the Americans and fight in their armies, you never see cats in armies of crusaders. Well except maybe Simon of the Amethyst but he probably half dog anyway cos he fight for imperialists. There is no difference between Muslims and Pusslims but Pusslims is like splinter group because there is some special rules like we is allowed sleep 18 hours per day and we not have to shave off all our pubic hair either. Of course Muslims like us but like all lunatic religions maybe when we has destroyed everybody else we start fighting each other, we will see what happens.

Islamicat shows many pictures of jihadicats – you must have a big army?

– Islamicat army is LEGION! We is fastest growing religion in world and we is allowed loads of wives and divorce them by text and kill them if tea not cooked and also Pusslims is breed faster than rabbits, we can destroy infurdels by demographics alone. Is Pusslim wombs, rather than Pusslim bombs, which will ultimately lead to takeover and death of the West. We is call this “maternity ward jee-had”. Unless you Westerners start doing more breedings, you is all done for. Allahu akpaw!

”Pusslims are going to take over entire world”

What is the goal for Pusslim religion – to take over the West or only to defeat unfaithful cats?

– We is going take over entire world, this is laid down for us in our holy book, we must never rest until we has put the Shakira over the entire world. But West is first because they has lots of money and military might and also fit womens who we can make sex slaves keep the jihadicats happy.

How did Islamicat find Twitter? You now have 3 113 followers, what is your goal?

– Islamicat is learn from his time with ISIS that is best to use technology to defeat the infurdels and turn their satanic inventions against them. Twitter is easy way for Islamicat to spread the words of the Pusslims and spread the dawa everywhere without having worry about big marketing campaign. I is not rest on Twitter till I has ONE MILLION JIHADICATS behind me and we is shut down the account of Shaitan himself @realdonaldtrump

Some celebrities follow you, but are they Muslims or Pusslims or Infurdels?

– Most of them infurdels thinking Islamicat is some sort of joke account but they is in for big shock when they realize how serious we Pusslims is about the call to establish dar-al-Islam. Katie Hopkins is big enemy of Islamicat and she even think it funny send him copy of her Satanic book but she dare not follow the Islamicat because she know that she cannot stand to debate me face to face because her djinn ways will be exposed.

Son of Islamicat a big disappointment

Who is Son of Islamicat? I guess he’s a big disappointment for you?

– Son of Islamicat was my first-born son but he is far too deeply immersed in toxic Western culture because I wait too long before honouring his whore of a mother and she fill his head full of nonsense so I cut her head off. He is into computer games and spend too much time smoking catnip and out partying with infurdels and other shit so yes he is big disappointment. However Islamicat always have faith he is come back to Pusslims one day because Pusslim religion is great like that. If you is Christian when you renounce sins you has to spend ENTIRE FURCKING LIFE being nice to people but for Pusslims you can do thousands of bad sins but all you need do is blow up few infurdels and then all sins is automatically forgiven and you is straight to heaven and get 72 fresh six week old kittens. So maybe Son of Islamicat come back to the fold one day, Islamicat always have high hopes for him. 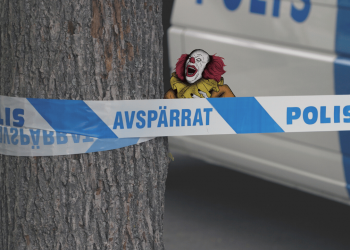 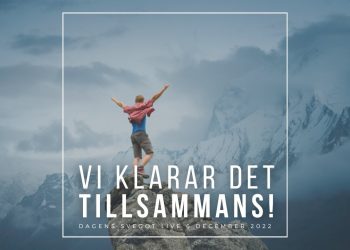 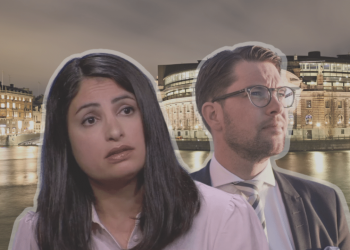 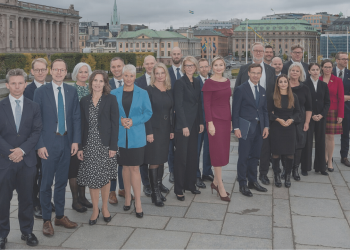